Draft budget of the Ministry of trade 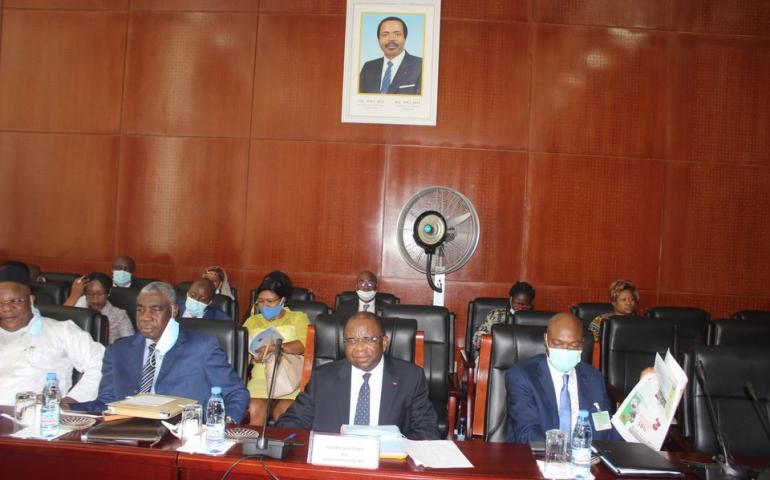 On the occasion of his passage this Monday 30 November before the Finance Committee of the National Assembly, he presented his draft budget for the 2021 financial year.

Due to the health crisis related to the coronavirus pandemic, the economic situation was not very favorable, added to security crisis in the Northwest and Southwest regions, as well as the Far North. Which justifies the reduction of the budget envelope from eight billion two hundred thirteen million -8213000000 of FCFA to six billion seven hundred eighty-six million one hundred sixty-two thousand -6786162000 FCFA .That is, a decrease of one billion four hundred twenty-six million eight hundred thirty-eight thousand-1426838000 FCFA in absolute value, and 17.38% in relative value.

This allocation of six billion seven hundred eighty-six million one hundred sixty-two thousand -6786162000-of FCFA if validated, comes at a time marked at the international and regional levels by the entry into force of the new American administration, a revitalization of multilateralism, the operationalization of the African Continental Free Trade Area-AfCFTA from January 1, 2021.

At the global level, the implementation of the National Development Strategy 2020-2030 which is based on the structural transformation of the Cameroonian economy through industrialization, the implementation of the import-substitution policy, in order to reduce the deficit of the trade balance. The ministerial department in charge of trade issues will also participate in the China international Import-Expo in Shanghai and the World Expo in Dubai .Other challenges relate to the 286 Export Development Support Programs, and the 287, regulation of the internal market.